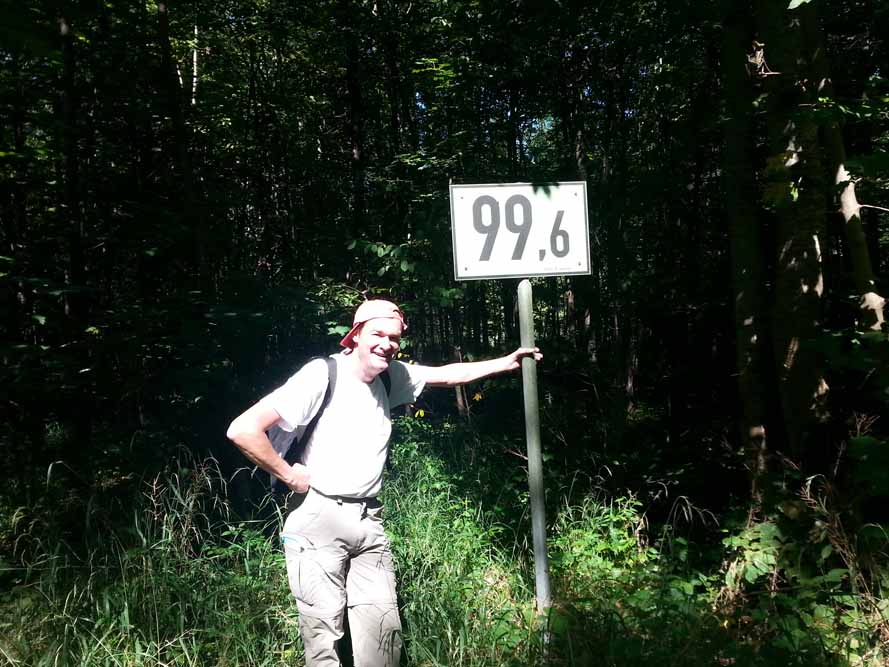 So we said goodbye to the comforts of Munich and rejoined the Isar at Ismaning, feeling somewhat relieved to be back in the nature. Following the right bank through more Isarauen -not an easy word to translate, I suppose the best way to convey that meaning is to talk about a wetlands environment with a natural retention area for floodwaters. Agreed, we will stick to the Isarauen!

Unfortunately the peace and quiet didn’t last too long as we soon heard and saw the planes from the airport taking off. I must admit I find it very strange that an area can be declared a nature reserve and yet it’s perfectly OK to have noise pollution of the highest degree from airplanes and motorways directly above and beside the nature reserve.

It was still a little overcast when we stopped for lunch in Achering but in the afternoon the sun came out and we tried to ignore the noise pollution, eventually arriving in Freising, known for being the oldest town on the Isar. 500 years ago the Isar flowed directly past the cathedral hill and the old town and the direct connection between the town and the river remained until the beginning of the 1800’s. At that time the Isar was contained and forced to flow in a narrow river bed, resulting in dense woods growing beside the river. Now there is also a railway line and a main road separating the town from the river. Consequently there is no view of the Isar from Freising.

Just a Little further on we reached our destination for today, Marzling. after 26km.

Awoken by glorious sunshine we set off around 7.30am and discovered mist over the river, creating a very special atmosphere. On this stretch of the river we found more fly fishermen than cyclists. It is a truly peaceful form of fishing, somehow the fisherman is at one with the nature, only the gentle swish of the line reminding that he doesn’t belong here.

Very soon we reached the 200km mark, on a beautiful path in the Isarauen and protected from the sun. There was certainly a great sense of achievement when we came to the 99,6 river km sign – less that 100km to go! After we had walked 16km we arrived in Moosburg and had lunch in a beer garden – somehow my body craved Schweizer Wurstsalat, probably because of the vinegar. I have become quite an expert on this topic, after so much tasting!

From Moosburg we took the Isar canal path, unfortunately missing where the Amper joins the Isar but there was no path to follow the Isar here. Gone were the Isarauen and gone was the shade as we walked along the canal path, past the large pond with a bird nature reserve teeming with ducks, geese and swans. With a temperature of 30° the walking was tough but what a joy it was to come across the Fischer-Hans Beer garden, unexpectedly. We spent an hour in the shade, paddling in the stream and of course enjoying the alcohol free Weissbier – in case you were wondering, yes I became addicted to that beer!

Onwards for the last 3km and our overnight stay at the Echinger Stausee. After a little confusion over the room – the owner had intended to send us on a further 3km due to overbooking, but my husband was able to convince her otherwise ( it wasn’t that loud really ) – we enjoyed our well-earned shower and evening meal and reflected on the 27km we had walked. By the way, do take a look at those last two pictures. It’s always a matter of perspective, what we would like to see, don’t you agree? 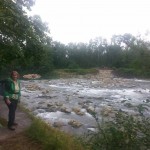 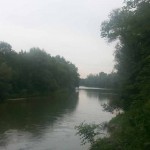 A peaceful river before .. 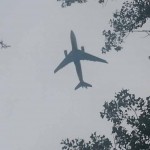 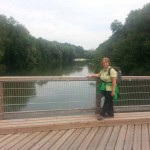 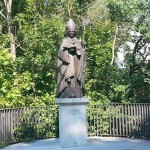 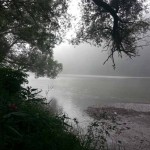 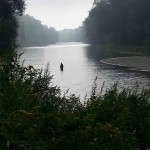 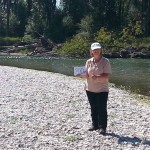 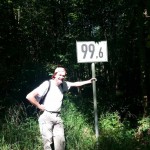 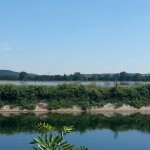 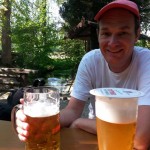 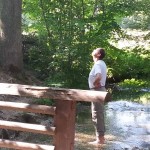 Complete with stream to paddle in 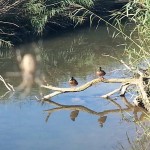 It’s always a matter of … 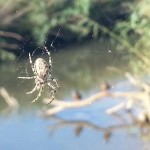