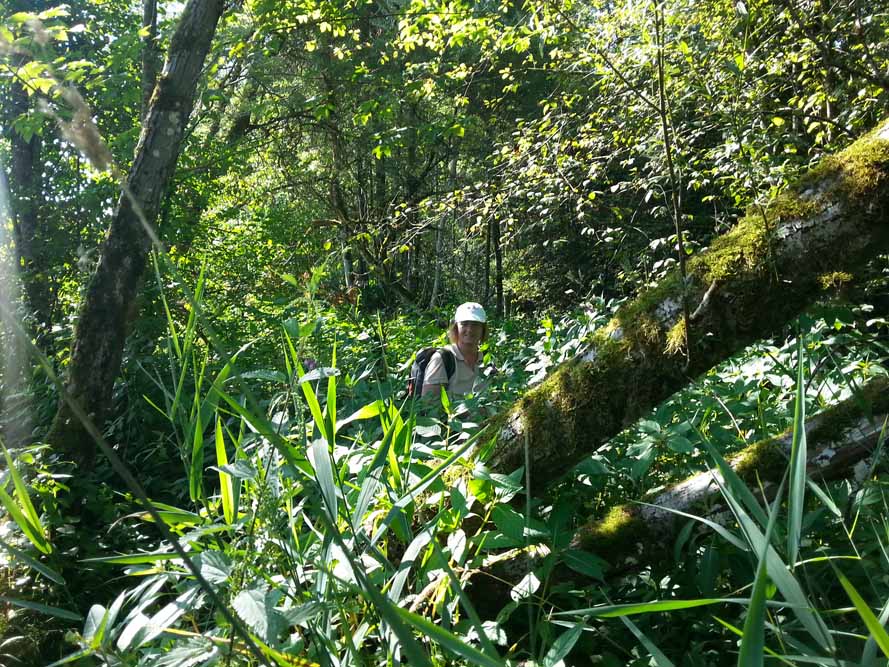 After the rain in the night, the first thing we noticed was the mist over the river. What a marvellous view of Brauneck in the sunshine with the mist hanging over the Isar. We had a pleasant walk along the left bank to Bad Tölz where we couldn’t help but stop at a Café directly on the river called Café Love…… who wouldn’t want to stop? Refreshed by a Cappuccino and after having bought a small picnic for later, we followed the river along the left bank to the Tölzer Reservoir. Once again, we were shocked to see the effect on the river of being dammed and losing water.

At first we were able to walk along high pebble banks, directly beside the river but then we were forced to leave the river to walk through woods and fields with all the inherent risks of wasps, mosquitos and horse flies. A horse fly is a general description for any of several medium- to large flies that suck the blood of mammals. Well, we survived the horse flies and the mosquitos but then the wasp struck. To be exact it was my husband’s ear which suddenly took on a different shape and colour – oh and I can hear those sweet, dulcet sounds now!

It took two hours to eventually rejoin the river and find a spot for our picnic. We were always trying to walk as close as possible to the river, so any time spent walking away from it felt a little like an imposition. This was like walking through a jungle and indeed we christened it Borneo with all the dense trees and plants with huge leaves. Having mastered not tripping over the many roots in Borneo, we ended the day with a long climb up to the area called Malerwinkel with a beautiful, panoramic view of the Isar. Then downwards to our overnight stop in Geretsried. We managed a very repectable 27km today.

Leaving our hotel in Geretsried, we rejoined the river full of expectation and promptly landed back in the jungle.. Borneo part 2 ! But still, a beautiful walk, quite close to the river, passing many areas with extra protection for birds. We took a look at the Floßlände in Wolfratshausen, which at that time was deserted, and then walked on to the Pupplinger Au where we had an early lunch at the Gasthaus Aujäger. A very nice beer garden and amazing how Wurstsalat and alcohol free Weißbeer can restore your energy. From here it was a long walk along a paved road, used only by cyclists to the Ickinger Wehr where we crossed the river and continued on to Kloster Schäftlarn. It had been a warm and tiring walk, so we decided on a short refreshment before tackling the walk uphill to Baierbrunn. After 27km we arrived at the S-Bahn Station Baierbrunn, took the train into Munich and enjoyed an overnight stop with our son and his girlfriend, complete with BBQ – very much appreciated! 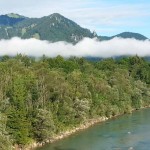 Brauneck and mist over the Isar 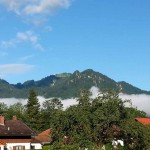 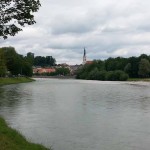 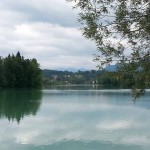 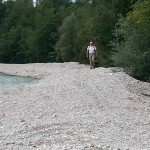 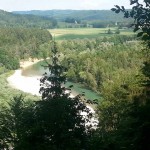 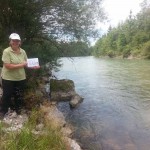 We have managed 100km 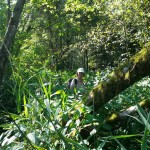 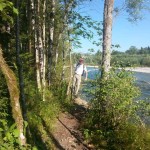 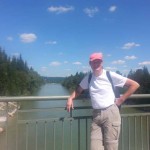 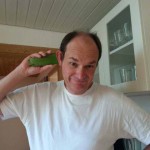 Aloe vera for the wasp sting