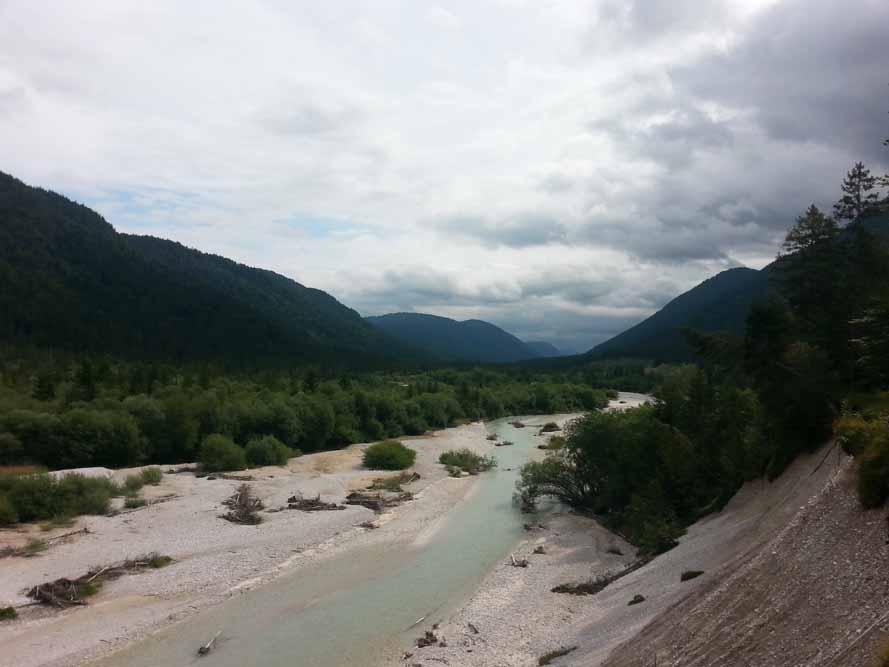 As we knew we would be spending the day in the nature with no possibilities for refreshment, we made sure that we took a small picnic with us before leaving Wallgau
Our destination was Vorderriß and we found ourselves in the middle of a beautiful nature reserve. We walked as far as possible directly beside the river, but due to it being a very protected area, we were forced to leave the river several times, taking tracks up and down through the forest. How relaxing it was to spend time beside the river with our picnic, of course paddling and making boats out of the driftwood.

We were virtually alone and only met a handful of cyclists the whole day. The walk continued up and down through the forest to Vorderriß and I was feeling in such good shape when, as the saying goes, pride came before a fall. Walking downhill on large gravel stones, I stumbled and miscalculated the effect of the 6kg rucksack which resulted in a nasty fall with painful bruising on my right arm. Luckily nothing worse. Still, it was a slightly deflated Helen who arrived at the Gasthaus in Vorderriß 30 minutes later. However, following a good shower and a very tasty soup, the world looked more positive as we contemplated our 16km tour through the wilderness.

The day started with sunshine and very enjoyable walking close to the Isar on the way to the Sylvenstein lake. Again, we were completely alone, experiencing the river slow down as it entered the lake. At the lake we saw more birds, gulls and coots, as well as a very private beer garden on the lake. Joining the road to cross the lake, we found many cyclists and it was difficult to adjust to having people around us again. It’s hard to believe that the Sylvenstein reservoir is man-made, as it fits so perfectly into the surroundings reminding us of a fjord. It was put into operation in 1959 with the aim of regulating the water level, thereby avoiding flooding in the Bad Tölz and Munich regions and also guaranteeing a minimum level of water. Damming the river of course also allowed the water to be used to drive a hydropower plant.

We used the pedestrian tunnel on the right side to rejoin the river, again feeling that the river had somehow lost some of its energy. Unfortunately it was not possible to walk beside the river on the way to Lenggries and for some time we were also forced to walk along the B13. Still, we insisted on climbing down the steep bank to have our lunch break beside the river and, of course, to paddle. There really is nothing to beat paddling to refresh tired feet. Just after we had arrived in Lenggries it started to rain .. timing is everything we thought, as we reflected on our 22km walk. 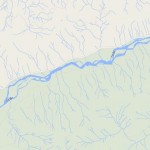 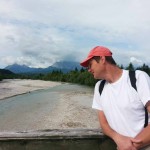 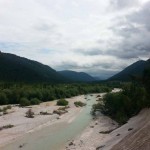 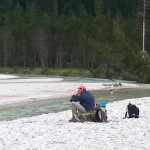 So much nature to contemplate 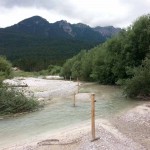 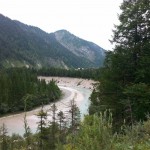 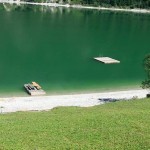 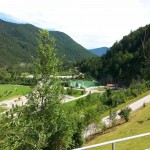 What’s left of the Isar 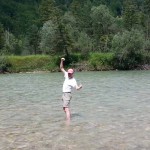