Walking the Isar days 2-3: a very young and lively river 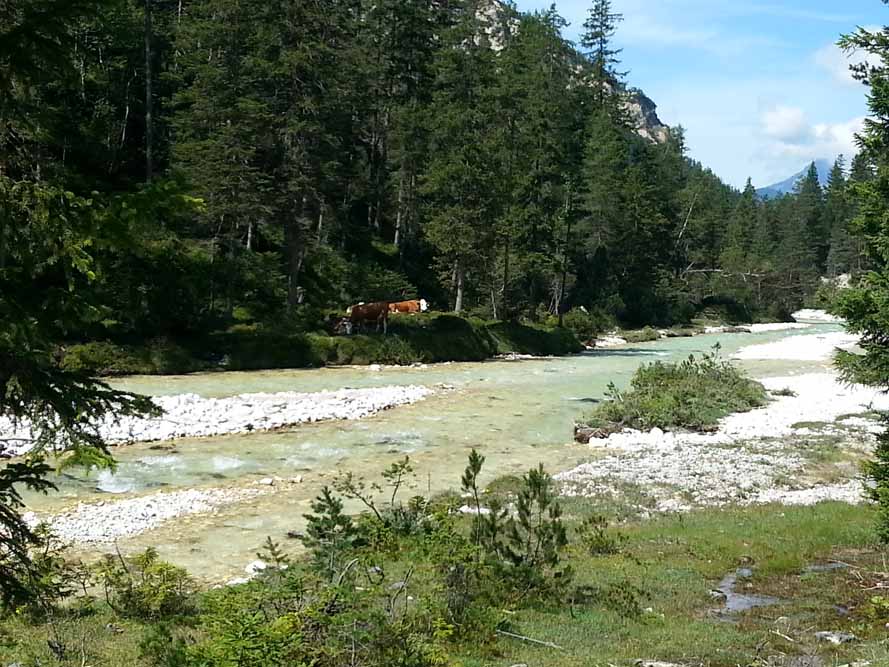 The rain stopped in the night and after an early breakfast we made our way down the mountain. We were rewarded for getting up at 5am by being the only ones on the track down to the Kastenalm.
What an uplifting and wonderful experience, feeling the day starting, hearing the wildlife become more and more active and smelling the nature awakening. It was a glorious, sunny day and our spirits were very high.

But now we truly had our young Isar beside us and we continued our walk to Scharnitz accompanied by the babbling and splashing sound of the river racing downhill, almost impatient to see what the world had in store for it.
Of course we took the time to paddle in the river and to sit and enjoy the dramatic views of the Karwendel mountains. It was unfortunate that this was a Sunday, as this valley is very popular with cyclists and sometimes there were so many cyclists we had to stand to the side to let them pass. After 5 and a half hours we reached Scharnitz and enjoyed that first alcohol free Weissbier tremendously. We recorded 20km today.

It rained in the night, so the air was very fresh and clean when we set off. Scharnitz is known for being on the border between Tirol and Bavaria and our first port of call was what’s left of the Porta Claudia. This is a stronghold which was used to control the border between Bavaria and Tyrol and saw many fights with the loss of many lives over the years. We walked along the left and the right bank on our way to Mittenwald, enjoying the mountain scenes and accompanied by the now louder sounds of the Isar roaring over rocks and pebbles and reminding us that the Isar is a wild river. We passed the stables where Paulaner keep their carthorses; they seemed strong and more than ready to pull those barrels. As the Gebirgsjäger have their barracks in Mittenwald directly surrounding the Isar, we were forced to make a big detour and lost sight of the river for a long time. Once we rejoined it, we were rewarded with a beautiful path in a Nature Reserve which led us to Krün.

We continued on our way to Wallgau, pausing to paddle in the river and really noticing the limestone in the water for the first time. We could appreciate that there was a lot of limestone burning beside the river in the past, to make the valuable building material. After Walking 17km in total, we reached Wallgau for our overnight stop. 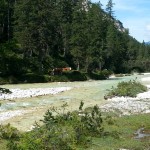 A young Isar in Hinterautal 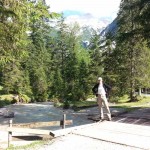 Enjoying the walk down on our own 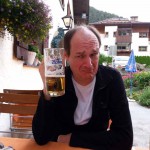 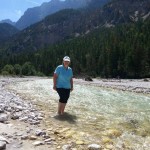 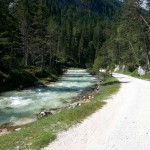 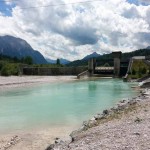 The Isar after the Krün Reservoir 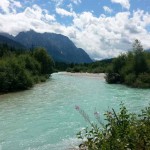 Wild Isar before the Krün Reservoir 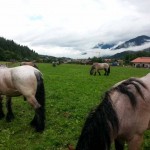 Paulaner carthorses for the Oktoberfest 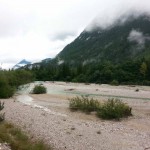 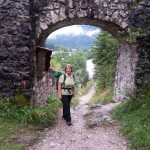