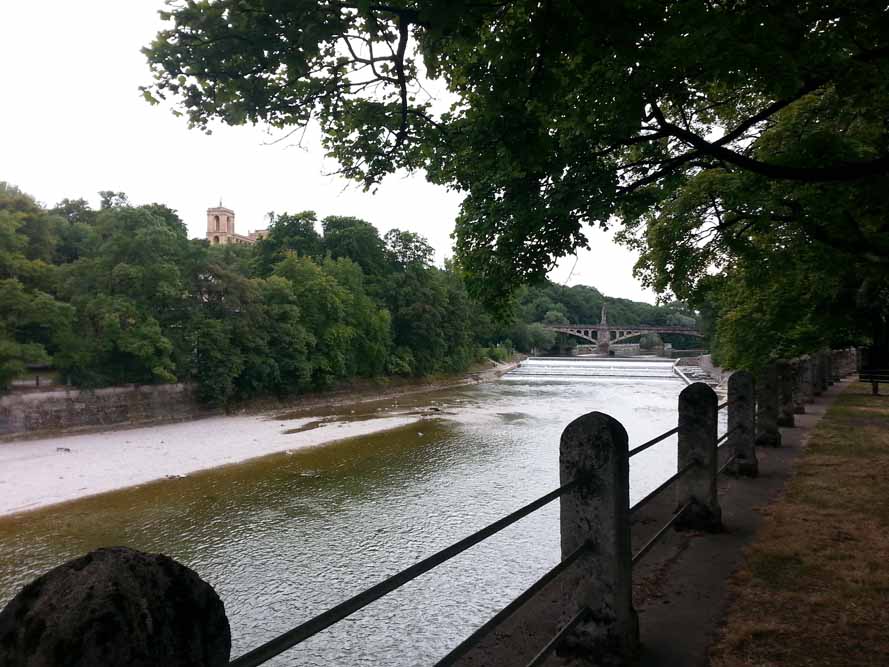 After having been thoroughly spoilt on our overnight stop, it was quite tough making our way back to Baierbrunn to start our walk to Munich. But thanks to the S-Bahn connection, we were back in the nature within one hour. We followed the left bank and were soon on the outkirts of Munich. We managed to avoid paying a visit to the Waldwirtschaft Großhesselohe, which might have been due to the long climb uphill it would have involved, and continued along the left bank to the well known, possibly notorious in past times, Großhesselohe Bridge. After crossing the bridge and after a short distance on the right bank, we were tempted by the Menterschwaige beer garden…our first Munich beer garden. From here onwards it became more and more apparent just how much the people of Munich use the river paths for recreation. Countless cyclists, joggers and walkers with their dogs heralded our approach to Munich and the feeling of being in the nature disappeared. What took it’s place, however, was the opportunity to see Munich from the river.

Approaching Thalkirchen and the zoo brought back happy memories with our own children. Passing the Thalkirchener Bridge, however, brought a big shock. Seeing the homeless under the bridge with their mattresses and few possessions filled us with despair. It’s hard to reconcile on the one hand the rich and prosperous area Munich is with on the other hand absolute poverty. Our minds were forced to consider the topics of a city more and more as we got closer to the center. Such a variety of different people, speaking different languages all intent on finding some form of recreation beside the river.

The sight of the Deutsches Museum was certainly welcoming, being such a landmark in Munich and we felt we were truly in Munich then. On we went passing the Praterinsel and successfully avoiding taking a deckchair for a rest, to the Prinzregentenstraße and along to the Eisbach. Watching the surfers was a must, as it was, after all, Isar water they were surfing on. We went back to the Isar and followed it beside the Englischer Garten to Aumeister, where we succumbed to our second Munich beer garden. I can only extoll the virtues of an alcohol free Weißbier after a long walk. Surely one of life’s great pleasures! Then it was time for the final stretch of the day, following the path under the Föhringer Ring on the way to Ismaning.

Apparently it wasn’t far from here that Henry the Lion had the first wooden bridge over the Isar burnt down. The Bishop of Freising had had it built, but by having it burnt down in 1158 Henry was able to build his own bridge by the monks, thereby founding Munich. As the story goes, he redirected the salt trade route to his bridge, collected taxes for using the bridge and became very rich.

The last part of the walk today reminded us of the Englischer Garten but without the people. A beautiful, peaceful walk with a lot of nature. We arrived in Isamning and jumped on the S-Bahn back to our second night in a very comfortable bed, staying with my son Matthias and his girlfriend Jessi. An exhausting day with 31km, but after an excellent Indian takeaway we felt much better. 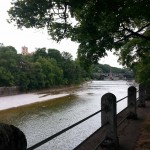 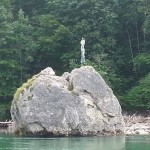 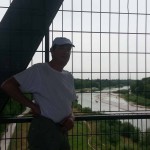 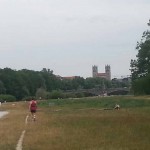 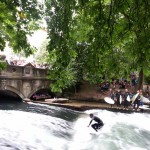 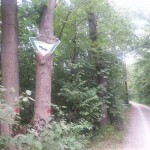